Prior to the development of the JG Custom Series basses all Wal basses were effectively one-off, custom built basses. With the JG Series, although they codified the basis of what a Wal bass was, each one was still effectively a custom built instrument. The first built was a 32" short scale version for John G Perry with the serial number JP1111. The JG basses featured a full 34" scale length. The JGs were named for the British Session bassist, John Gustafson - known for his singing and playing in the Merseybeats, the Big Three, Roxy Music, the Gordon Giltrap Band, the Ian Gillan Band and the rock musicals, Jesus Christ Superstar and the Butterfly Ball. 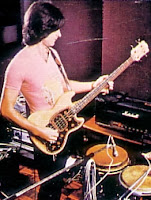 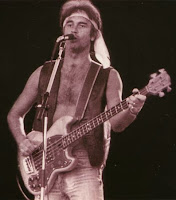 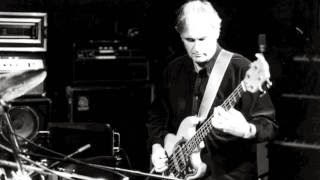 JG Custom Series basses are similar to the Pro Series Basses which followed them (solid ash body and laminated neck etc). However, the JG Custom basses feature the distinctive leather scratchplates common to early Wals (not all are tooled with the floral patterns - some are plain, see pictures of the Gary Tibbs bass below). Scratchplates on the Pro Series were plastic mounted on a metal backing plate. On the JG Custom Series basses the tone shaping switches were mounted on the pickup surrounds rather than the scratchplate (as on the Pro series). Most JG Customs also featured a decorative maple headstock facing. 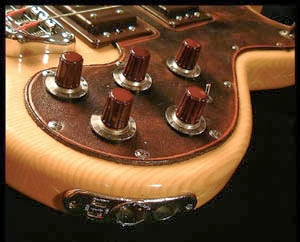 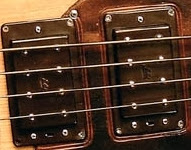 
The "Pick attack" switch seen next to the Neck pickup tone control was a feature of only a few JG Custom basses.


Our thanks go to the sadly now late-lamented “Bunnybass” website for permission to use their beautiful photos of the Gary Tibbs JG Custom bass.


In late 2004 a very early JG Custom series bass came to light in the UK through an e-Bay auction. This JG was numbered JG1113 which implies that it was the fourth JG custom series bass ever made. See below for more on numbering...


JG1113 has a beautiful blue sunburst finish with a floral, leather tooled scratch-plate. The paint job is original. This was originally a natural ash bass, ordered by session bassist and multi-instrumentalist, Pete Zorn, who at the time was bass player in Barbra Dickson's band. However, the stain certainly is striking, setting off the light brown scratchplate beautifully. It has also allowed us to have a close look at exactly how the tooling is done and the tone filter switches on the pickup surrounds. The bass was bought by Mike Gutierrez from Arizona in the US who had it lovingly restored before passing it on to another Wal enthusiast. Mike also owns the Entwistle JG (JG1128) pictured here, giving him an amazing (and surely unique) collection of these rare basses. 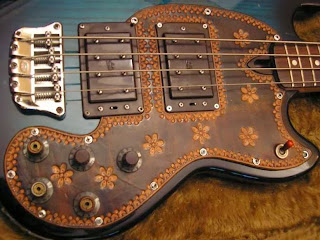 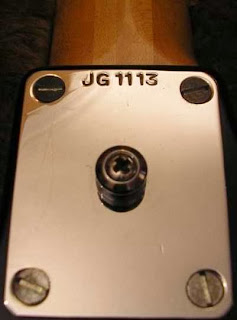 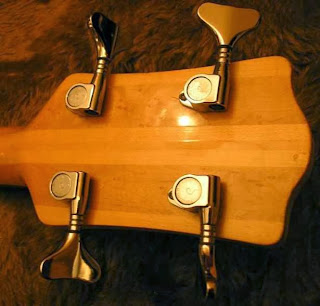 According to Electric Wood records only 44 JGs were ever made (JP1111, JG1111 - JG1153) - they also give details on 36 of the original owners. The first JG went to Wal stalwart John G Perry but had a serial number JP1111 denoting a 32" short scale (the player's preference). The next, JG1111 was a demo model which went to Trident Studios, off Wardour Street, London. John Gustafson's fretted JG was next, JG1112 - he later returned for a fretless, JG1131. 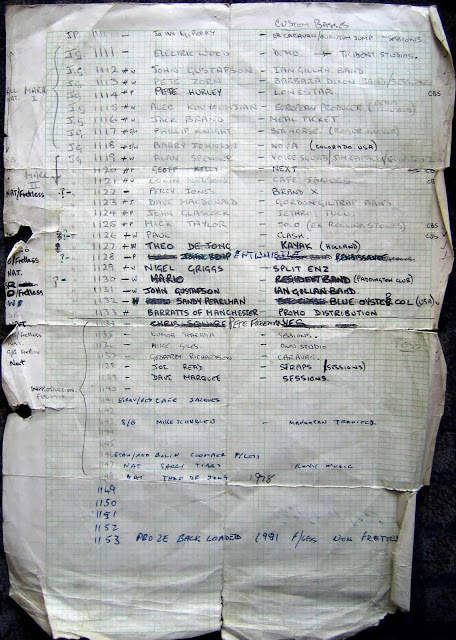 A hi-res version can be viewed here