The original Wal was something of a "Bitsacaster" - a solid ash body and leather scratchplate but with hardware culled from an old Fender Mustang bass and a Guild for the pickups, Gibson spares and elsewhere... Bridge, tuners and other parts were off-the-shelf Shcallers. That bass was also, as ordered by Perry, a short-scale bass!

The bass, dubbed W1111, was a short scale (30 ¼”), ash bodied bass loosely based on a Gibson EB3 bass, although with a more smoothly rounded shape reminiscent of a Fender Mustang.  The neck is a single piece of beautiful birdseye maple topped with a rosewood fingerboard.  The hardware was culled from a variety of sources – bridge, switches and knobs from a Gibson, rewound Guild and Fender Mustang pickups  and Schaller machine heads.  It was also, like the Gibson basses that Perry favoured, a short scale bass.  However, the most visually striking aspect of the bass was the scratchplate made of hand tooled leather on a metal screening plate. 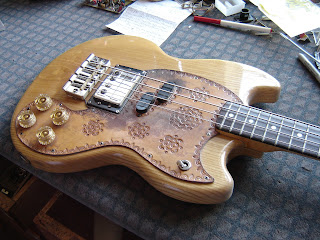 Clearly a prototype, many of the design elements which would go to make up the early “Pro” series and Mark I custom Wal basses were already in evidence.  The bass is passive and suffers some matching problems between the two, very different, pickups but they do amply fulfil Perry's design spec: to create a bass which covered the the sounds of both Fender and Gibson style basses.  Even so, the bass has a very pleasing sound and has something of the sound of a Wal about it – presumably partly due to Ian’s hand rewinding of the pickups. Of course, for a bass destined largely for studio use this mis-matching presents less of a problem than for a bass destined largely for the stage. 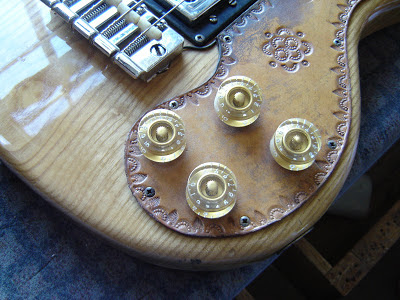 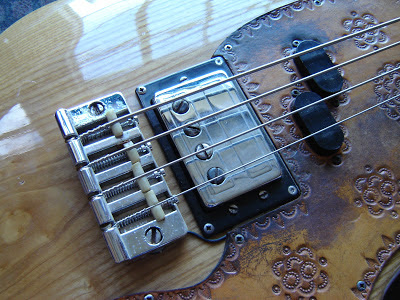 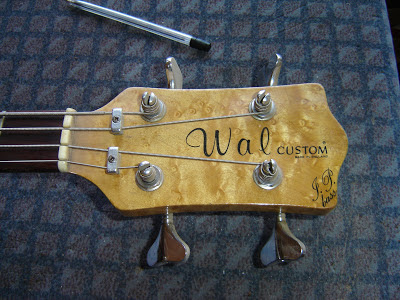 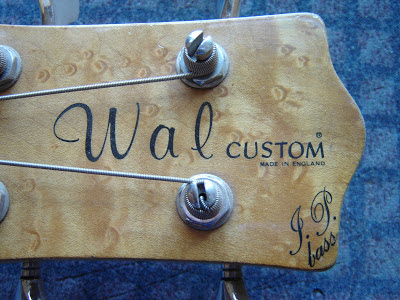 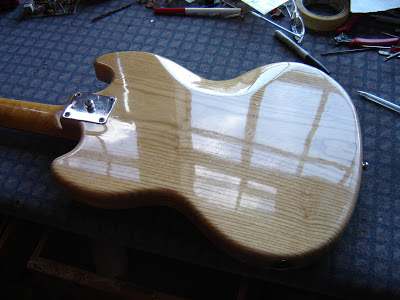 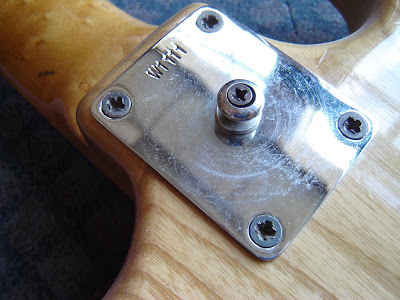 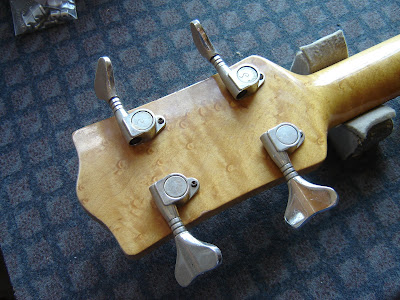 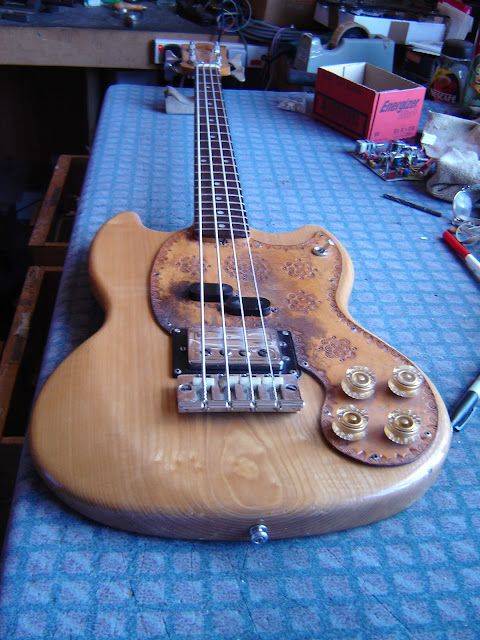 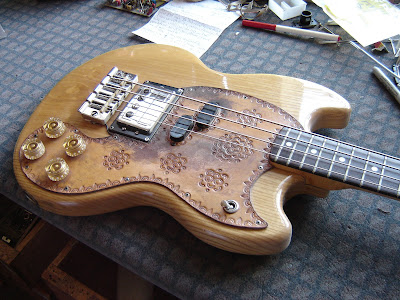