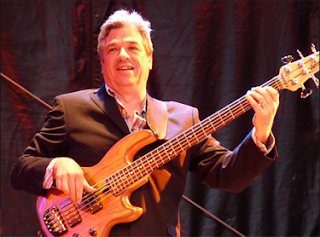 When I moved from Wales to London, I worked in Denmark Street. Ian Waller brought in his incredible basses into the store and I spent most of my working day jamming on the Wal basses. I’ve had my two Wals for over 25 years now. They’ve given me so much joy and they’ve never let me down I will always cherish them.
It was the way the bass looked that first attracted me, they are beautifully constructed and unique instruments.


When I strapped one on the balance felt perfect and the neck profile was so comfortable for my hands and the string spacing felt just right. The body fitted my build and the contours supported my right arm. Recording sessions were plentiful and I played on numerous records from pop to heavy metal using only my Wal Basses. 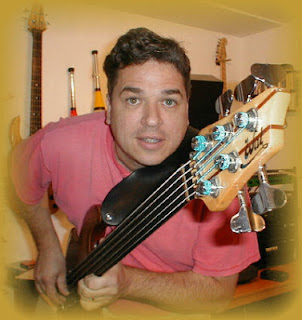 I would visit the workshop in Wycombe quite often, it was a magical experience to see Pete, Wal and the other guys passionately crafting these works of art into being. There was a family atmosphere there and they always took time out to chat about new designs or EQ options etc. There might’ve been a new batch of exotic wood that had been sourced and Pete would buff it up to show the detail of the grain that, when book-matched would make an image or a face that stares out through the flame.

Bernie Goodfellow has now built me some custom-made basses, tweaked to my specification. You don’t get such a personalized sound from a bass off the peg. He’s made me a terrific six string - it has a split pick-up with an output for the top three strings and another for the lower three. This enables me to affect the higher notes with, say, a harmonizer and delay, and still use the other strings for bass lines or other movement. I still use my Wals - the fretless gets more of an airing. I’ve most recently used it on albums by Claire Martin, Gareth Williams and Nigel Hitchcock. 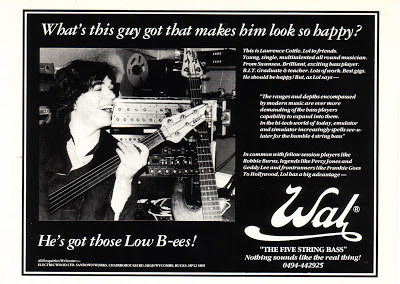 This fascinating profile of Jaco starts with Laurence reminiscing about meeting his hero and shows a little of him playing his fretless Wal with his big band. Some more great stuff from Laurie about four and a half minutes in...