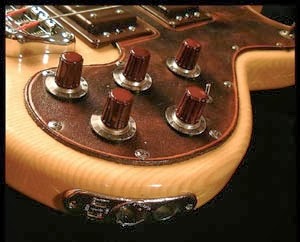 That period began to see the start of the transition towards what became the Pro Series bass. That "production model" carried forward many of the characteristics of the JG bass and one of today's basses shows an interesting transitional quirk.

JG1147 - Gary Tibbs' JG Bass
Towards the end of the 1970 bass duties in Roxy Music were largely shared across two players. Alan Spenner and Gary Tibbs. Tibbs must have been impressed with Spenner's JG bass as, in 1978, he ordered his own.

Clearly the "horticultural" nature of the scratchplate on Spenner's bass was a step too far for Tibbs in an era still reeling from the emergence of punk. On Tibbs' bass the leather scratchplate is still present but, this time, is a tasteful plain black. Tibbs did order a whistle and bell as a this bass boasts both the dual output and the small Pick Attack switch on the scratchplate. The plain scratch plate and natural finished ash body make for a striking yet understated bass.

The photos here were first published on the (now sadly defunct) Bunnybass website and are used by permission. 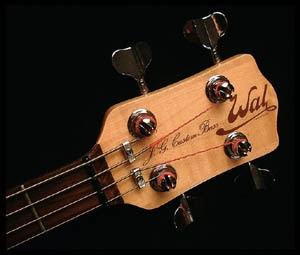 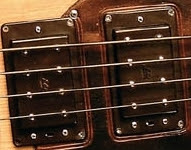 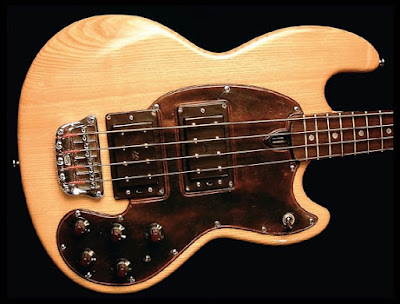 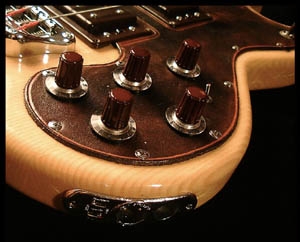 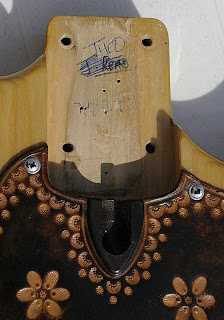 JG1148 - Theo de Jong's second JG bass
Not many people have had the luxury of owning two JG basses. Dutch bass player, Theo de Jong (best known as bassist for Dutch vocal group, Kayak, and for the late jazz harmonica virtuoso, Toots Theilemans) was one of that rare breed. De Jong's first JG, JG1127, seems to have been a fretless according to the videos online of him playing with Theilemans. Wear and tear on the Wal JG orders sheet means the the order specs aren't quite clear. However, what is clear is that he liked the bass enough to want to complete the set with a fretted version - JG1148. A quick look in the neck pocket leaves on doubt as to whom this bass was destined for... Theo's name is scrawled there in biro.

This bass came to light in the wake of interest sparked by the sale of JG1117 on eBay when current owner, Frank Stropak, shared some photos on the Wal fan page on Facebook. He commented, "I took some pics of my Wal, JG1148. Passive, the bass has a very dark round organic sound, I think the pots and switches are the original ones, still working great." 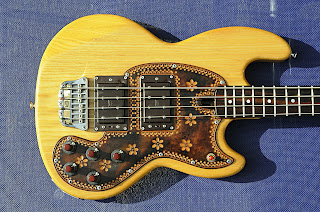 In terms of specs the bass is pretty standard (as far as the specs of a JG bass can ever be considered "standard"). Ash body in a natural gloss finish, decorated leather scratchplate, laminate bolt-on neck... The bass features the twin outputs (unbalanced jack and transformer balanced XLR DI) with the innovative signal routing options on the XLR. As an aside I've often wondered how many people ever actually used this option to run effects pedals back through the bass and out through the DI. Certainly when the Pro Series basses became available this was an optional extra rather than a standard feature. 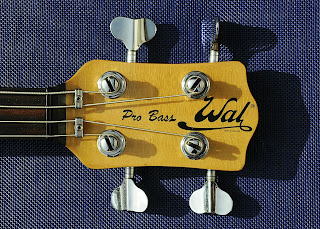 There is one little conundrum posed by the bass... The neck, which raises some interesting questions. Frank commented on this, "The fretboard has been replaced by a previous owner, and I think the neck has been replaced in the late seventies." Certainly there are things about the neck that don't add up. Not that this implies something dubious, rather it points up the little quirks and consistencies which make the history of Wal basses so interesting. So, let's look at the headstock... Unlike the other JG series basses this one sports a Pro Bass transfer. However, it still has the plain maple facing which characterises the JG basses. So was this a replacement neck? I prefer to believe that it is merely one of the transitional anomalies which creep up between the difference series of Wal basses. There are several very early Custom Series basses which still have PB serial numbers. I've even seen the odd late Pro/early Custom bass which is a Custom series in pretty much every respect but still has a Pro bass style large paddle headstock.

We may never know the complete truth but either option seems perfectly plausible.

Again, Frank has provided us with a host of photos of the bass to enjoy and a which really showcase the beauty of his bass in close detail both inside and out. 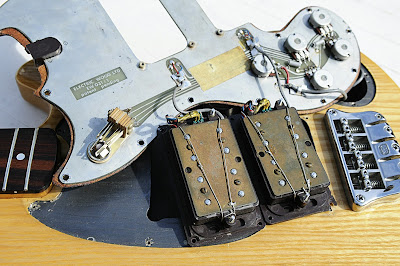 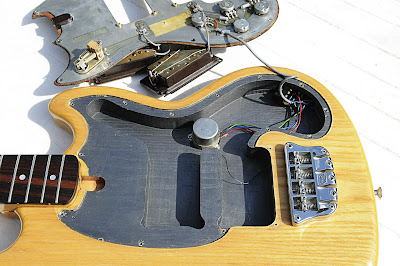 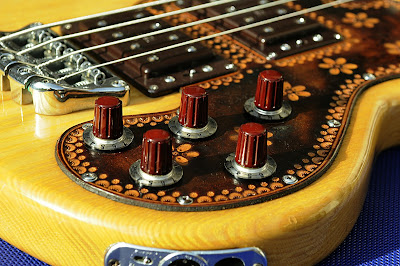 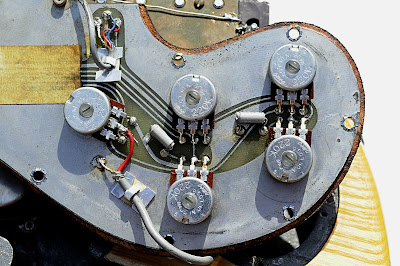 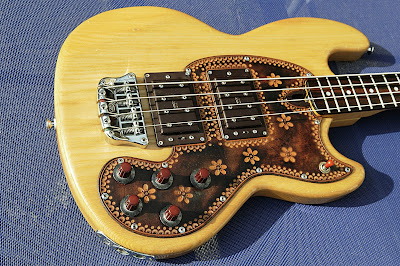 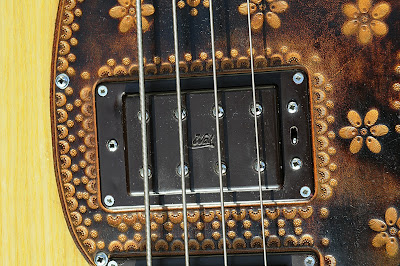 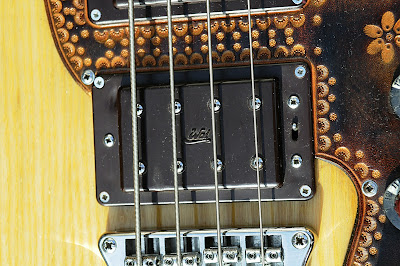 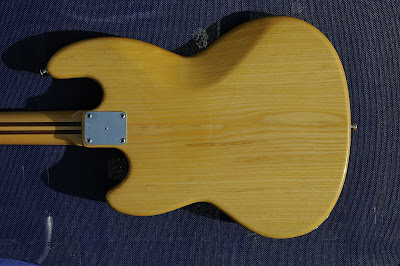 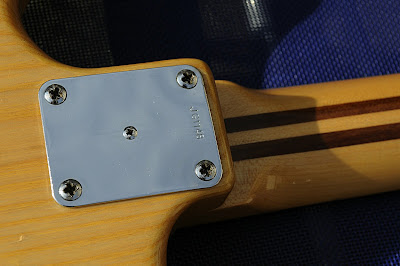 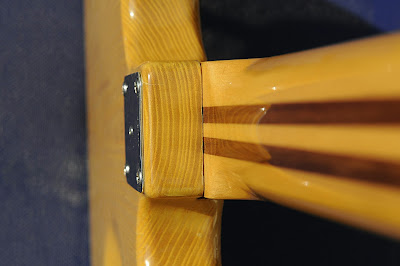